In Florida, Peacock Bass species were introduced into the lakes and canals of Miami-Dade County in 1984 after ten years of study by the Game and Fish Commission. Over twenty thousand Butterfly Peacock Bass species were released to help control the growing population of exotic fishes, particularly the Spotted Tilapia and Oscar. The Florida Peacock Bass wasted little time fulfilling its anticipated roles. Almost immediately the population of Spotted Tilapia started to drop. Because of their sensitivity to cold, the only place on the United States mainland Peacocks have been successfully stocked has been in South Florida. Peacock Bass cannot in fact, survive any further north than Broward County or they experience a natural die off.  Any further north than that despite efforts by well meaning fisherman transporting them to other locations simply has not worked. Though called bass to raise its game fish status, Peacocks are actually in the cichlid family and is a very close relative to the Oscar, a popular aquarium fish. They grow at a very fast rate, reaching a pound or more in size their first year, so you can imagine how much they have to eat to fuel that growth! Therefore Peacock Bass are ready and willing to viciously attack just about any type lure or bait, especially if retrieved in a lively manner. They just love to attack and destroy streamers and poppers for you fly fishermen and many of the conventional bass lures for you die hard bass  fishermen. It is not uncommon to catch thirty fish or more per day. Once hooked the Peacock Bass puts on a spectacular show that is second to none.

Description – The body shape is similar to that of a  Largemouth bass. Body color, as you can see by the pictures they are a beautiful fish marked with iridescent hues of yellow, orange, green, and blue with three black vertical bars and a black spot with a silver halo on the caudal fin but have highly variable color patterns.

Season – Florida Peacock Bass fishing is a year round fishery so you can plan a trip for anytime of the year here in beautiful Miami, Fl. If you asked what is the best time to come, the answer would be during the cooler months when the larger butterfly peacock bass are feeding and bulking up for the upcoming spawn and Summer, rest assure we guarantee you fish no matter when you come down!

Both Snook  & Tarpon  are the ultimate light tackle Challenge for any angler, with there explosive fighting & acrobatic aerial displays. High jumps and big splashes are not uncommon when battling one of these formidable beast.

Season – Snook , Tarpon & Largemouth Bass, species also are a year round fishery, your best odds of catching a trophy is between November through April during the spawning season. We commonly see double digit Tarpon and Snook while fishing for Peacocks Bass. 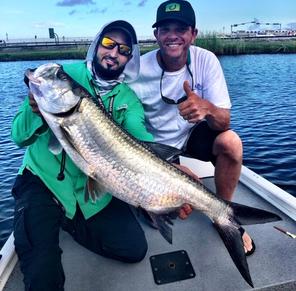 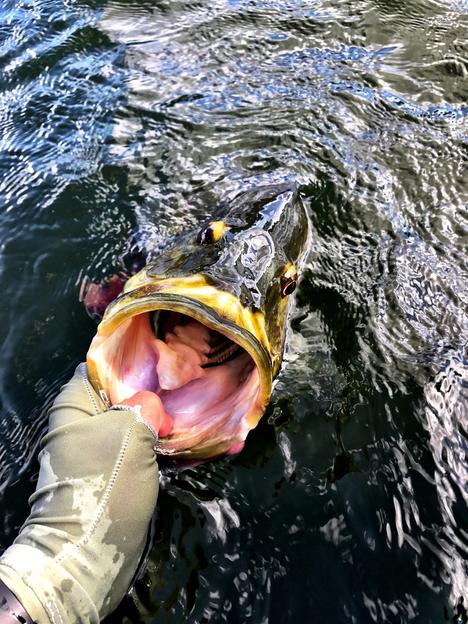 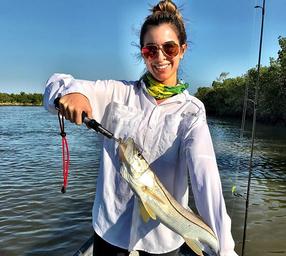 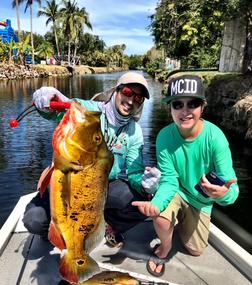